Aliblue was founded in 2016 and is a virtual carrier that manages commercial operations in the field of reservations, ticketing and travel packages.

The company offers flights to Crotone, Trapani and Salerno.

On flights operated by Aliblue, passengers can carry up to 5kg of hand luggage.

Every passenger is entitled to 15kg of hold luggage.

Malta International Airport is the only airport in Malta and serves all the Maltese Islands. The airport is located on island of Malta, southwest of the Maltese capital of Valletta. The airport is a hub for Air Malta. Other airlines that fly to the airport include Aegean Airlines, AirBaltic, Air Serbia, British Airways, Emirates, and EasyJet. 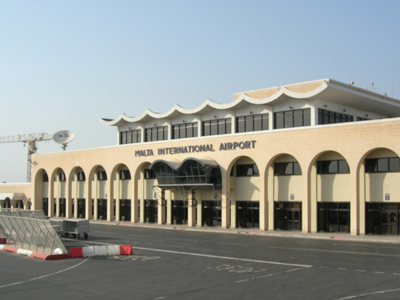 For flights too/from the city of Crotone, Italy, you can fly with Air Kroton.

The following airlines also fly across the Mediteranean: