Make an Aigle Azur Booking and Find Some Amazing Deals

Aigle Azur went out of business - it was liquidated by the court on 27th September 2019. Search similar routes with Air France or Transavia France.

Aigle Azur was a French airline based in Tremblay-en-France, France, near Paris.

Aigle Azur was accredited with IATA with the IATA Operational Safety Audit (IOSA) for its safety practices.

Aigle Azur was taken over by the GoFast Group in 2001 and signed a strategic alliance with Hainan Airlines in 2012. Aigle Azur's fleet consisted of A319 and A320. Aigle Azur only offered mainly a one class service, however on their A320's they had a 'business class' service. This service boasted extra legroom and bigger seats.

Aigle Azur flew to a number of destinations domestically in France, as well as to other destinations in Europe and across Asia.

Each of your trips on the Aigle Azur regular airlines would have earnt you Miles, giving you access to rewards such as reward tickets, upgrades and excess luggage offers.

Azur Plus had three card levels:

Business Class: 1 piece up to 15kg

France to Algérie and return routes

Business Class: 1 piece up to 40kg

Besides Economy and Business Class, Aigle Azur offered eco Premium Class in which passengers were able to online check-in via internet or mobile, priority boarding and disembarkation, cabin baggage allowance of 10kg and hold baggage allowance of 40kg, free drinks service, leather seats laid out in a 2/2 separated by a small table.

Aigle Azur aimed to enable you to travel on the lowest fare. The class fares were set as standard, with the option to upgrade your package to include additional extras, including a priority boarding pass (from 12 Euros), seat selection (from 7 UEuros) and luggage supplements. 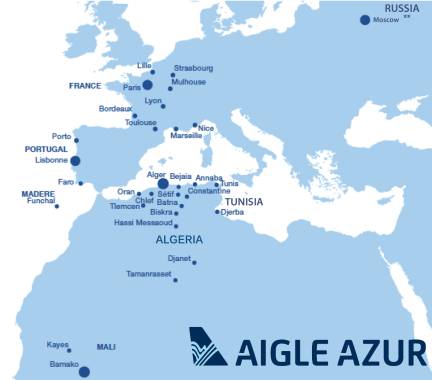 Paris Orly Airport is an international airport located partially in Orly and partially in Villeneuve-le-Roi, south of Paris, France. It serves as a secondary hub for domestic and overseas territories flights of Air France and as the homebase for Transavia France and features flights to destinations in Europe, the Middle East, Africa, the Caribbean, North America and Southeast Asia. 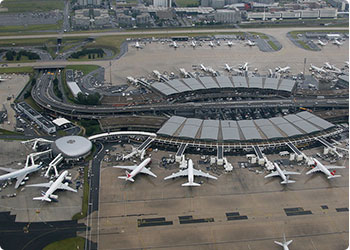