Make an Aeromar Booking and Find Some Amazing Deals

Aeromar is the self-styled "Executive Airline of Mexico" with its primary base in the noisiest city in Latin America. Aeromar of Mexico is a great choice for travellers wishing to explore Mexico within a short time limit. From its hub in Mexico City, it connects to around 22 other airports in this exciting country. These include Campeche, Cancun, Colima, Lazaro Cardenas, Manzanillo, Merida, Minatitlan, Monterrey, Morelia, Oaxaca, Poza Rica, Puebla, Queretaro, Reynosa, San Luis Potosi, Tepic, Tuxtla Gutierrez, Villahermosa, Xalapa and Zacatecas.

Aeromar operates scheduled services in Mexico and international services to the USA. Aeromar's main base is at Mexico City International Airport. Aeromar Airlines' fleet consists of ATR 42s and ATR 72s. Aeromar is a privately owned Mexican company founded in 1987 and now operates an average of 100 daily flights with on-time performance above 93%. Aeromar is IOSA-certified. Aeromar has a private airport lounge called Salon Diamante. Aeromar has codeshare agreements with United Airlines and Aeromexico and previously had codeshare agreements with Mexicana and Iberia. 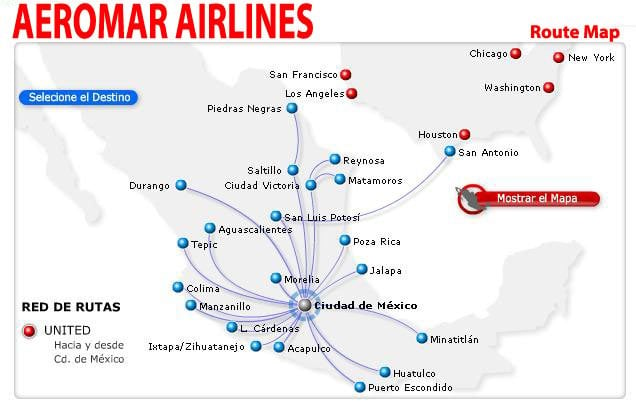 Aeromar participates in the United Airlines MileagePlus program, despite not being a member of Star Alliance, of which United is currently a member. This alliance allows passengers "Through Check-In", meaning that passengers can check-in (including baggage) from their origin to the final destination. Passengers can earn miles in United Airlines MileagePlus and can be redeemed in Mexico and more than 1,250 destinations worldwide. Miles can be also used for hotel nights, car rental and dining.

Aeromar allows passengers to carry their personal items such as laptop as carry-on baggage (free of charge). The dimensions of the baggage should not exceed 22 x 38 x 65 cm while the weight should not be more than 10 kilos (22lbs).

Aeromar online check-in opens 24 hours prior to departure and closes two hours prior. Web check-in is available for all passengers who are flying domestically within Mexico. Passengers flying on international flights are not permitted to check in online.

Aeromar has a small but well-trained cabin crew.

Passengers are given the option to order snacks and drinks from the airline's refreshment menu, which will be offered to them during the flight.

Seats are designed to give plenty of room and space. Economy Class is set out in either a 2 x 2 or 3 x 3 formation, depending on the aircraft being used. 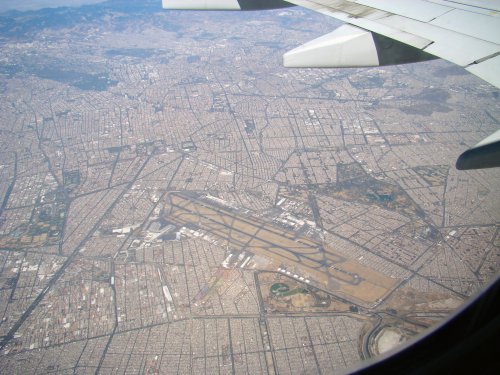 Aeromar has commenced a service between Mexico City (MEX) and Tamuín (TSL), which will be operated twice weekly. No other carrier currently operates on this route.