The airline is based at Don Mueang International Airport. Complimentary snacks and beverages are offered during the flight services on Orient Thai Airlines. Orient Thai Airlines has launched the “Fly with Passion, Fly with Heart” campaign in order to promote their values of good flight practice and innovative thinking.

In September 2010, Orient Thai Airlines took delivery of its first Boeing 747-400 aircraft, which was previously registered as N548MD. 5 years later, in November 2015, the airline signed a contract with Amadeus IT Group to be listed on the Global Distribution System.

1 hand luggage is allowed for each passenger to take into the cabin, with a maximum of 7kgs. Checked Baggage cannot exceed 15kgs.

Orient Thai Airlines charge rates per kg for any additional baggage over a certain weight.

You will need to purchase excess baggage when:

There is currently only one class served on board this airline; the basic economy class.

The service provided on board allows passengers to have an outstanding flight experience. Paired with seats of the utmost comfort, passengers are served snacks and beverages during the in-flight service.

Pay for your Orient Thai Airlines flight with PayPal and in Thai Baht with Alternative Airlines. PayPal is safe, convenient and easy to travel with. 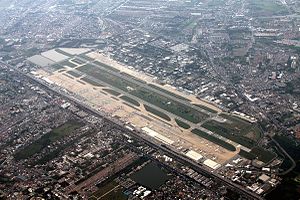