Make a Monarch Airlines Booking and Find Some Amazing Deals

For alternatives, we advise using the search form above or booking similar airlines on the following airlines

Monarch Airlines, also known as and trading as Monarch, was a British airline based at Luton Airport.

Monarch operated scheduled flights to destinations in the Mediterranean, Canary Islands, Cyprus, Egypt, Greece and Turkey. The airline's headquarters was at Luton with other bases at Birmingham, Leeds/Bradford, Gatwick and Manchester.

Monarch also published in-flight magazine including a travel guide, a map of Monarch's destinations, snacks on board and the shopping available to buy. 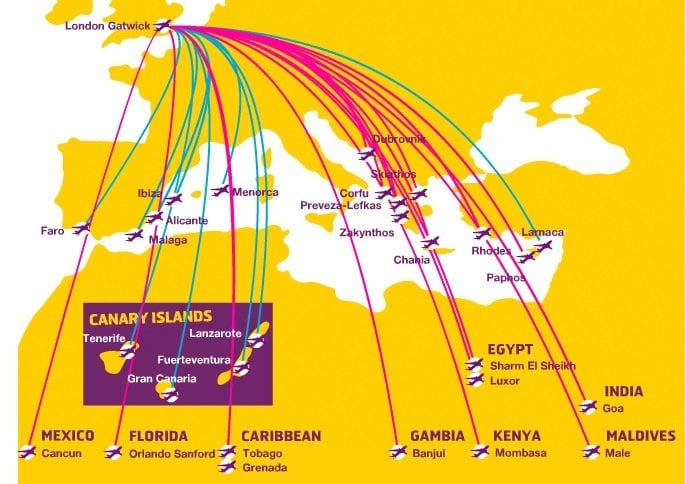 Birmingham Airport is an international airport located east southeast of Birmingham city centre, at Bickenhill in the Metropolitan Borough of Solihull and in Birmingham within the West Midlands, England.

The airport is a base for Ryanair and previously for Flybe, Monarch, Thomas Cook Airlines and Thomson Airways. The airport offers both domestic flights within the UK, and international flights to destinations in Europe, the Middle East, the Indian subcontinent, North America and the Caribbean.