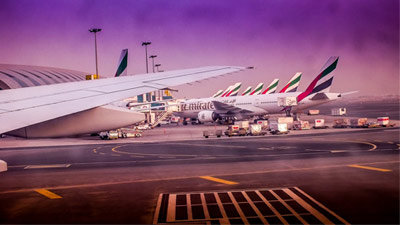 Dubai International Airport is the main airport in Dubai, UAE. The airport is one of the busiest airports in the world by passenger traffic, as well as for cargo.

Dubai International has more Airbus A380 and Boeing 777s aircraft flying from the airport than any other airport in the world. Because of this, the airport has the highest number of average passenger per flight in the world.

The airport is a hub for Emirates and flydubai, that both offer international flights from Dubai airport to all over the world.

What is the airport code for Dubai International Airport?

The airport code for Dubai International Airport is DXB. 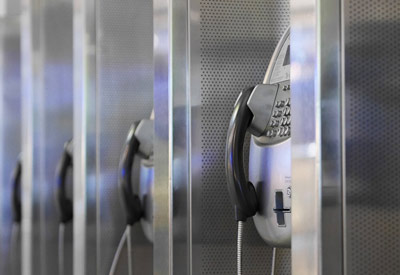 The airport has an award-winning concessions program, featuring more than 300 commercial venues to meet all passenger’s shopping, dining and service needs. 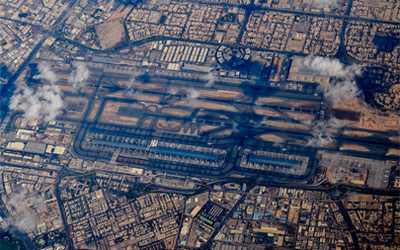 Dubai Airport has two runways — the southern runway 12R/30L and the northern runway 12L/30R The runways are situated closely together and are both 4,000 x 60m. Each runway has four instrument landing systems to help guide aircraft under poor weather conditions. The runways have gone under a few expansions and refurbishments over the years. Most recently, the southern runway undertook a complete resurfacing and lighting replacement to boost its safety. This was completed in May 2019.

Dubai International is split into three terminals. All numbered chronologically — Terminal 1, Terminal 2 and Terminal 3. Terminal 2 is a standalone building. Whereas Termina 1 and Terminal 3 have concourses attached to the terminal. Each terminal facilitates a mix of international and domestic traffic.

Terminal 1 is the original terminal of Dubai International. The terminal is attached to Concourse D (originally planned to be Terminal 4) which dramatically increased the capacity of the airport when it was built it was opened in 2016. The Terminal facilitates a number of different global airlines. With the opening of Concourse D, all airlines that flew out of Concourse A, B and C moved to Terminal 1 to allow Emirates to take over the other Concourses.

Terminal 2 opened in 1998 and mainly facilitates flights to countries of southern and western Asia. The Terminal is also where flydubai is based. The Terminal underwent its first major refurbishment in 2010, where all facilities were improved and more space was created to better handle passenger traffic.

The airport is partly underground and has multiple levels with an extensive selection of restaurants, lounges and other shopping opportunities,

Originally, Terminal 3 was used exclusively by Emirates. However, it is now used both by Emirates and Qantas, who have a codeshare agreement.

Concourse A, B and C all have three–five-star hotels within their respective buildings.

Both Emirates and flydubai use Dubai International as its main hub.

Take a look at the table below to see a full list of airlines that fly to/from Dubai International.

How to get to Dubai International Airport

Rental cars are available at the airport and the airport has a large parking facility at each terminal.

Dubai taxis are cream (with pink trim for female drivers) and can be flagged down on the road.

The red line stops at terminal 1 and terminal 3 and is the bigger line of the two. The green line is smaller and doesn't stop at the airport terminals. However, if travelling on the green line, you can use the interchange stations at Union or Burjuman to change onto the red line.

There are a number of different routes that stop at Dubai airport. Once at the airport, there are shuttle buses that drive between each termina. Bus routes that travel from the city to the airport include: