Binter Cabo Verde has now rebranded as TICV. Click on the logo below to visit our page and search for flights on TICV

The airline was founded in 2014 as Binter Cabo Verde (shortened to Binter CV). Binter CV has always flown domestically in Cabo Verde but its popularity really grew in 2017 when it took over the domestic routes that TACV discontinued and became the only airline within Cabo Verde that offered domestic flights.

Binter CV rebranded as Transport Interilhas de Cabo Verde (TICV) in August 2019, which is what it flies as today.

These are the destinations that Binter CV flew to when it rebranded in August 2019:

Hand luggage was permitted as long as it does not exceed 6kg in weight. Maximum dimensions for hand luggage are 22cm x 33cm x 44cm. When flying internationally, hand luggage must've been labelled at the check-in desk. Any hand luggage had to be small enough to fit under the seat in front of you.

The airline operated small aircraft with a limited number of passenger seats. Seats were limited but the airline was dedicated to providing a comfortable and high-quality service.

Depending on the flight destination and duration, passengers could enjoy a range of snacks/meals.

All passengers, including those without luggage, must have completed their check-in at the airport desk up to 40 minutes prior to the flight departure.

All passengers, including those without luggage, must have checked-in at the airport. Check-in closed 60 minutes prior to departure for passengers checking luggage and 45 minutes prior for those passengers without.

The airline had three ATR72-500s in its fleet at the time that it rebranded.

Nelson Mandela International Airport, also referred to as Praia International Airport, is an airport on Santiago Island in Cape Verde. It is located 3km northeast of central Praia on the island of Santiago. The airport was opened in 2005 and renamed in 2012 after South Africa's former president, Nelson Mandela. Every year, the airport receives around 500 000 passengers. 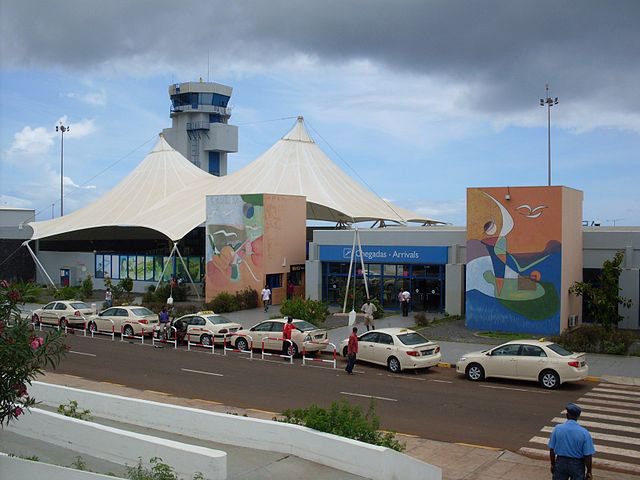