Make a Wasaya Airways Booking and Find Some Amazing Deals

Founded in 1989, Wasaya Airways is a Canadian airline that operates scheduled passengers services throughout Canada, as well as a charter and cargo services from Red Lake Airport to Pickle Lake Airport. Wasaya Airways flies to over 25 destinations across Ontario and Manitoba. Wasaya Airways has two main hub airports — one at Thunder Bay International Airport and the other at Sioux Lookout Airport.

Wasaya Airways name 'Wasaya' is from the Oji-Cree language and translates to 'it is bright' in the English language. The name refers to the rising sun, which is also present in Wasay Airways' logo.

Wasaya Airways has a fleet size of between 15—20 aircraft. Within its fleet, Wasaya Airways operates aircraft such as the Beechcraft 1900D, Cessna 208 Caravan, Hawker Siddeley HS 748, Pilatus PC-12 and Bombardier Dash 8.

Wasaya Airlines passengers are allowed two pieces of checked baggage. The combined weight of this baggage can't exceed 17.24kg in weight and each individual bag can't weigh more than 11.34kg.

Passengers are not able to check-in online for Wasaya Airways flights. 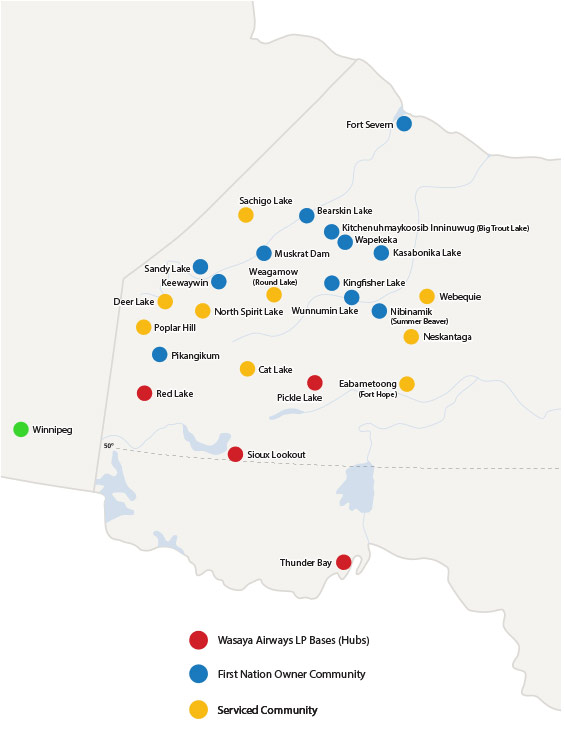