Read on to discover Islam Karimov Tashkent International Airport, the facilities and services it has on offer, the top destinations to fly to from the airport and with which airlines you can do this with. 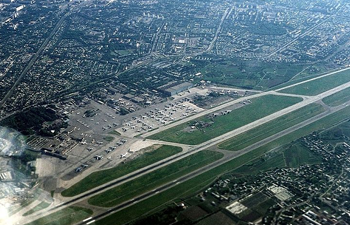 The airport is located 7.5 miles (12 km) from the centre of Tashkent, Uzbekistan:

Islam Karimov Tashkent International Airport provides services and facilities to offer comfort and ease for its many travellers. The airport has many gates as well as shops, restaurants, cafes and bars at the airport terminal.

A wide range of shopping and dining places are available from popular restaurants, cafes and luxury and designer shops.

There is currently no information on the airport's lounges. 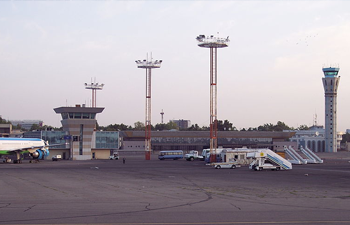 The airport comprises two terminals: Terminal 2 which opened 2001 (renovated in 2018) handles international flights, Terminal 3 which opened in 2011 is for domestic traffic main terminal. Terminal 2 has a capacity of 1000 passengers an hour and serves more than three million passengers per year. Other facilities include waiting for lounges, CIP and VIP halls, restaurants and bars, currency exchange offices, duty-free shops, airlines ticket counters and sales offices, a 24-hour pharmacy and free WiFi.

Terminal 3 has a capacity of 400 passengers per hour. The two terminals are separated by the runway. The government of Uzbekistan is planning to relocate the airport's current location to a new site by 2030.

The following table consists of all the airlines that fly passenger services from Islam Karimov Tashkent International Airport:

How to get to Colorado Springs Airport

There are a number of taxi companies that offer taxicab services at the airport. Taxis are not metered so remember to use your negotiation skills. If you are travelling light and on a budget, think about taking a shared-ride minibus taxi.

The airport has no direct connection to public transport including bus, metro, train.

The airport doesn't currently have any information on their car rental services.