Kickstart the festival season with a celebration in the Mediterranean sun. An absolute paradise for dance fans, Malta’s Lost and Found festival boasts a lineup packed with house, techno, garage, grime and drum and bass, which can be enjoyed from pool parties, boat parties, beach parties and open-air clubs.

Use the search form at the top of the page to begin your search. 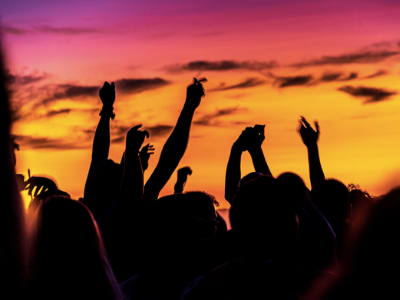 When is the Lost and Found Festival 2023?

Where is the Lost and Found Festival 2023?

The festival is held on the sunny Mediterranean island of Malta, in and around the coastal town of Saint Paul's Bay.

Top Tip: Extend your trip to the Lost and Found Festival and stay for longer on the stunning island of Malta. With crystal clear waters and abundance of watersport opportunities, you won’t want to leave. 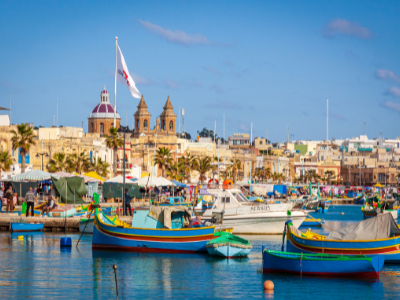 Fly to the Lost & Found Festival

What airport to fly to for the Lost & Found festival?

It's easy to fly to Malta for the Lost and Found festival, no matter where you're flying from! There's only one major airport Malta: Malta International Airport. You can fly there directly from destinations across Europe, including the UK. If you're flying from further afield (from the US, for example) you may need to catch a connecting flight. More information on this airport can be found below.

Fly to Malta International Airport, the only airport serving the island of Malta. Numerous international carriers operate direct flights to Malta from across Europe, including the UK and Spain. The airport is the main hub for Air Malta and is a base for Ryanair. With a journey time of just 3 hours from London, you can touch-down in Malta in no time at all, and be transported to a whole new world of sun and sea.

Distance to Saint Paul's Bay: Malta is a small island and the journey time between the airport and Saint Paul's Bay is just 35 minutes (approx) by car. There are plenty of public transport options available as well.

✈︎ Airlines: Numerous European carriers operate flights from Malta to cities including London, Paris, Berlin, Athens and Madrid. Take a look at the table below to discover all the airlines that operate flights to Malta.

Flying to the Lost & Found festival from the UK

You can fly to Malta easily, on a direct flight with easyJet from London (Gatwick) or Manchester. Ryanair also flies to London (Stansted), as well as Liverpool, East Midlands, Edinburgh and Dublin. Wizz Air flies to London (Stansted) and so does British Airways (Gatwick). In March 2023 (ahead of the Lost & Found Festival), Jet2 will also be launching a number of new routes from the UK to Malta, including from Bristol, East Midlands and Glasgow. The flight time from London is approximately 3 hours.

Travel to the Lost and Found Festival
FAQs

What airport do I fly to for the Lost & Found festival?

There is only one major airport on the island of Malta, where you'll find the Lost and Found festival, and that's Malta International Airport. Because Malta is a small island, it is easy to travel from the airport to Saint Paul's Bay (the town where the festival is held) by car or public transport. You can fly to Malta International Airport with airlines including Air France, Ryanair, easyJet, British Airways and Lufthansa, among many others.

How do I get to Saint Paul's Bay?

Saint Paul's Bay is a small coastal town on the island of Malta. It is home to the Lost & Found festival. With normal traffic, it will take just 30 minutes to travel from Malta International Airport to Saint Paul's Bay.

How can I fly to the Lost & Found festival from the UK?

It's easy. There are plenty of airlines that operate direct flights from the UK to Malta. Most of these flights operate from London, so if you're based elsewhere in the UK you may beed to make a connecting flight at London to travel to Malta. Fly with easyJet, British Airways, Ryanair or Wizz. Use the search form at the top of the page to begin your search.

The Lost & Found Festival is one of the best beach festivals that you can attend in Europe. Warm sun and turquoise see. Rave under the stars until morning. It's an unforgettable way to kick start the festival season.

Where can I book flights to the 2023 Lost & Found festival?

Search and book your flights through Alternative Airlines! Use this guide to learn more about travelling to the 2023 Lost & Found festival, including which airport to fly into and which airlines you can book with. We ticket over 600 global airlines, including all international carriers operating flights to Malta. Book flights with Ryanair, easyJet, Air France and Lufthansa, as well as any of the other airlines listed on this page.