Tristar Air ceased operations in 2015. Take a look at these alternative airlines that fly similar routes to those that were operated by Tristar Air:

Please be aware that Tristar Air is also the previous name of a regional Kenyan airline, which is still operational and now named Fly Tristar.

In October 2015, the airline ceased operations indefinitely, retiring its fleet and scheduled cargo service between Cario and Amsterdam.

Tristar Air operated a single Airbus A300B4-200F, which it used to operate all services before it retired along with the airline in October 2015. 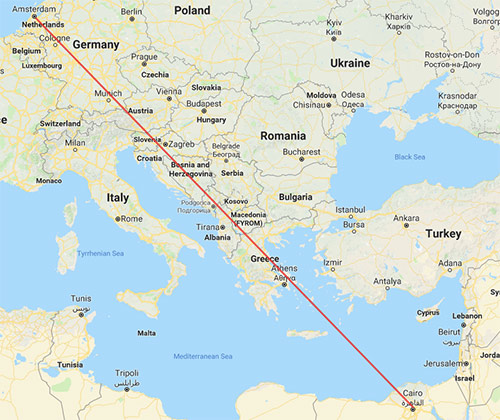 Cairo International Airport is the main airport in Cairo, the international airport for the city and was the hub airport for Tristar Air. The airport has three terminals — Terminal 1, Terminal 2 and Terminal 3 — in which it shares domestic and international departures and arrivals across the three.