Make a OneJet Booking and Find Some Amazing Deals

Founded in 2009, OneJet, previously PrimAir, was an American carrier offering scheduled point-to-point services domestically within the USA. OneJet's hub airport was at Pittsburgh International Airport (PIT) and had a strong focus on cities on the East Coast such as Albany, Buffalo and Hartford.

After OneJet rebranded from PrimAir to OneJet in 2015, the airline flew its inaugural service between Indianapolis International Airport (IND) and General Mitchell International airport (MKE), Milwaukee in April of the same year. OneJet's fleet consisted of a mix of Embraer aircraft. Although, in the past, it had used small regional jets, Cessna Citation CJ4 and Hawker Beechjet 400A to operate services.

Passengers were entitled to one item of carry-on baggage, which couldn't be larger than the dimensions of 35 x 22 x 55 cm. Additionally, OneJet passengers were allowed to bring one personal item on the plane with them, such as a handbag or a laptop bag.

OneJet didn't accept checked baggage on any of their flights. Passengers had to travel with any belongings in their carry-on baggage.

Passengers could check in for their OneJet flight by visiting the OneJet website, clicking on the 'check-in' tab and entering the details of their flight. Web check-in on OneJet flights was available until up to 30 minutes before the scheduled flight departure time.

Airport check-in was available for OneJet flights up until 30 minutes before scheduled flight departure times. Passengers could check-in by visiting the OneJet check-in desks at the airport. 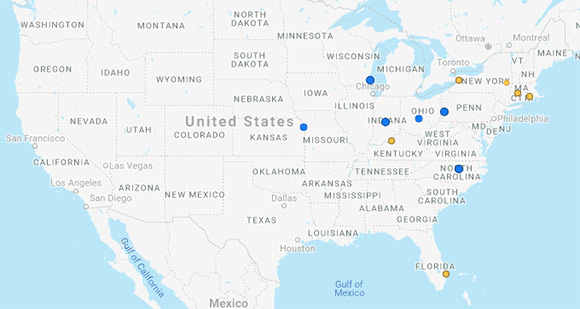