Buy Flights for a City Break with Alternative Airlines

Buy flights for your next city break with Alternative Airlines. We offer flights from more than 600 airlines and to all the major (and smaller) cities across the world. Choose from more than 40 payment methods — including buy now pay later — and book today.

Use our search form at the top of the page to search for flights for your next city break now. 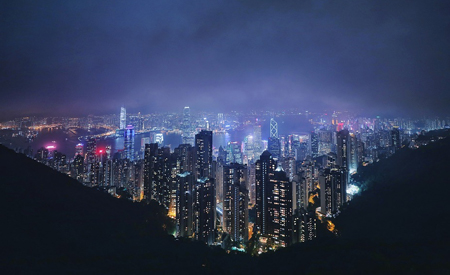 Paris. Amsterdam. Tokyo. Berlin. New York. Nairobi. There are so many different and diverse cities across the world.

We all have busy lives, so as much as we'd like to see the world, trying to fit in a visit to all of them would be near impossible. But the good thing about cities is that you can see most of the big ones in just a few days at a time. So, city breaks don't take up too much time — or money — compared to longer holidays, which is perfect if you're on a budget or don't want to use up a lot of your paid holiday from your employer.

City break flights are return flights that get you in and out of any city. Most big cities have an international airport nearby and flying is the most convenient way of travelling for a city break 9 times out of 10. This makes catching a flight for your city break the number 1 way to travel. 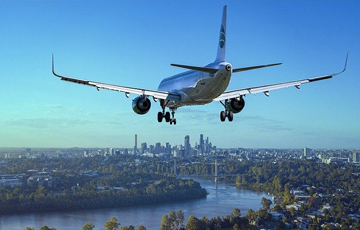 How do I find city break flights with Alternative Airlines?

You find city break flights the same way you'd find any other flight on our site.

2) Decide how long you want to go for and then enter the dates that you want to fly out and return on. A city break can be as long or short as you'd like. But, people tend to take city breaks as short holidays, that last between 2–4 days. Of course, if you're flying off somewhere far away and on a continent, you might want to go a bit longer or visit multiple cities/destinations in one trip.

3) Run a search on our site. In the blink of an eye, we'll show you all the flight options available from over 600 airlines for your city break.

4) Find the flight that you want and book it. We'll send you over your e-ticket right away. It's as easy as that!

Most Popular Destinations for a City Break from the UK

There are over 10,000 cities in the world. So, if you're going on a city break — you'll be spoilt for choice. Of course, where you go on your city break will probably be influenced by where you're flying from.

We've put together a list of popular city break destinations from the UK. If you live in the UK, you'll have lots of great options with mainland Europe hours away and low-cost flight options to get across the transatlantic.

Below are just suggestions based on what's popular from the UK. If you do want to fly to or from somewhere else, Alternative Airlines offers flights from more than 600 airlines worldwide. So, no matter what, we'll be able to get you where you need to go for your city break. 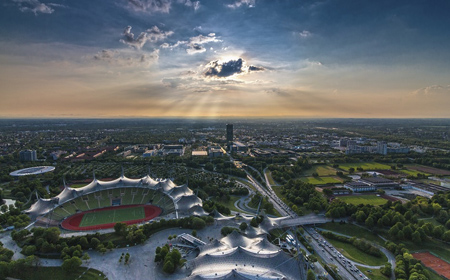 Munich International Airport (MUN) is the best airport to fly into for a city break to Munich. 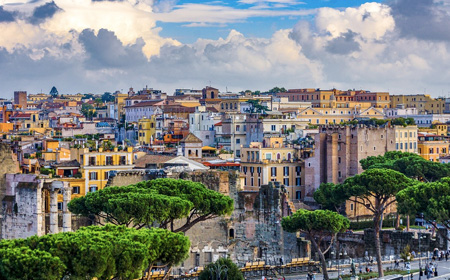 Rome–Fiumicino International Airport (FCO) is the main airport in Rome and the closest to the main city. 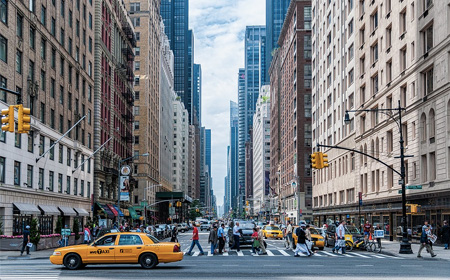 There are 2 main international airports to fly to New York City. The main is New York—JFK (JFK) and the other is Newark Liberty International Airport (EWR).

From Edinburgh to JFK: Delta

From Edinburgh to Newark Liberty: United 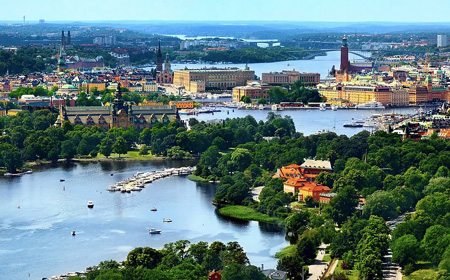 Stockholm Arlanda Airport (ARN) is the only international airport in Stockholm. 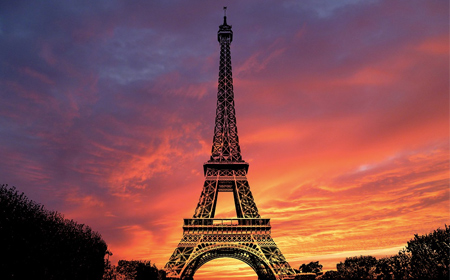 Paris Charles de Gaulle (CDG) is the best airport to fly into for a city break in Paris, with worldwide connections.

Book City Breaks to and from Anywhere in the World

As mentioned, the above are just a few suggestions, mainly for people in the UK. So, if you live outside of the UK, don't let that put you off!

Alternative Airlines sells flights all across the world. If you're looking to buy flights for a city break from or to anywhere in the world, we'll always have lots of options for you!

Use our search form at the top of the page to start searching flights for a city break.

Cities are expensive. There's no way around that. If you visit a country, its cities are going to be the destinations where you'll expect to spend the most amount of money.

Because you're going to have to prepare to budget more spending money per day for a city break than you would most other holidays, you'll probably be looking for a good flight deal.

At Alternative Airlines, we've got a number of different ways to help you find the cheapest flight on our site so that you never overspend.

Be flexible with our cheapest fare calendar

The great thing about city breaks is that they're short and sweet. This means that you're more likely to have flexibility on when you can travel as opposed to a longer holiday, where you have to make sure that your schedule is free for at least a whole week.

This is important because when you fly can be key in finding your cheap flight tickets for your city break. Often, moving your flight dates to another month or, even them around as little as a few days, can go really far in reducing the cost.

When you search for flights with Alternative Airlines, we make it really easy to see which dates are the cheapest to fly on, before you even start your search. When selecting your dates of travel, we colour-code the dates to show the cheapest dates of travel in green and the more expensive days in red. By selecting dates in green, you can be sure that you're getting the best deal, without having to run multiple searches and research yourself. 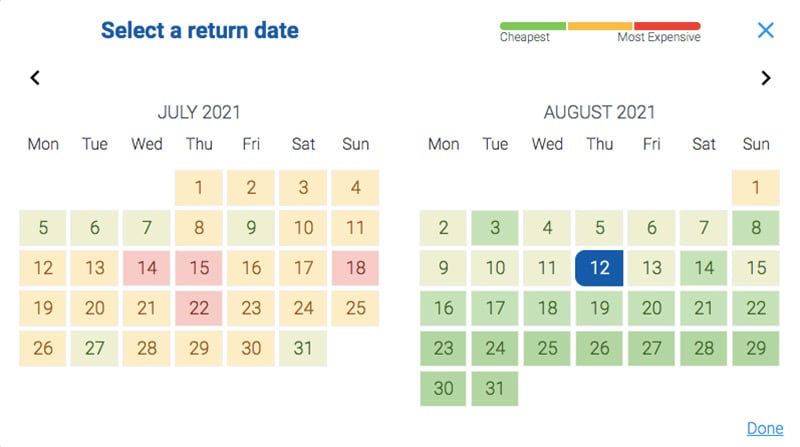 Find the cheapest by sorting by lowest price

Once you've decided where you want to fly to, another way that you can find the cheapest prices quickly is by sorting your search by the lowest price.

This brings all the cheapest options up to the top and puts all the most expensive flights at the bottom, making it incredibly easy to find the cheapest flights quickly. 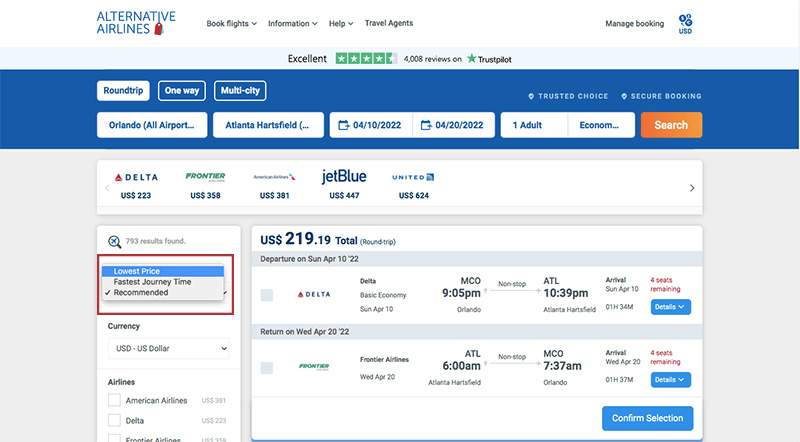