Which Airlines are not Flying the Boeing 737 MAX?

After manufacturing issues led to two incidents, in 2019, the Boeing 737 MAX was grounded across the world.

In 2021, after rigorous testing, Civil Aviation Authorities in many places in the world have cleared the Boeing 737 MAX to fly again, including the US, Canada, the UK, Australia, Brazil, and the EU.

To help you book your next flight, we've listed the airlines that are NOT flying the Boeing 737 MAX in each part of the world. So that you can choose the flight that's right for you.

See our guide on how to book a flight and avoid the Boeing 737 MAX.

Airlines not Flying the Boeing 737 MAX - by Country or Continent

In South America, Aerolíneas Argentinas and GOL are the only South American airlines currently using the Boeing 737 MAX. Out of South America's most popular airlines, the following don't use the aircraft:

At Alternative Airlines, we make it really easy to see which type of plane is being used for each flight when you're buying your flight. This means that you easily avoid any flight that is being operated with the Boeing 737 MAX.

Search for flights on any routes and any dates by using our search form.

We'll show you all flights from every airline airline available for your chosen search. 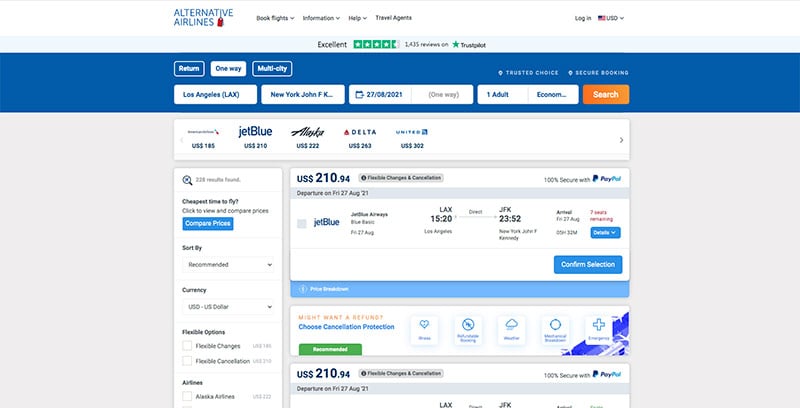 Once you've found a flight that you're interested in, click on the 'details' button to see more of the flight details. 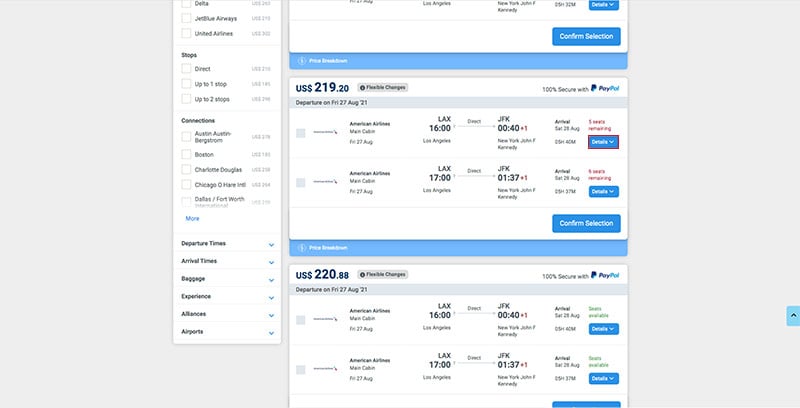 We'll give you lots of helpful information that relates to your flight, including which plane will be used to operate your flight (as shown in red below).

In the example below, the airline is using an Airbus A320 for the flight. So, you'd be able to book your flight with the peace of mind that you will not be flying on the Boeing 737 MAX.

If we state that the airline is using the Boeing 737 MAX, you can keep searching until you find a flight that doesn't use it. 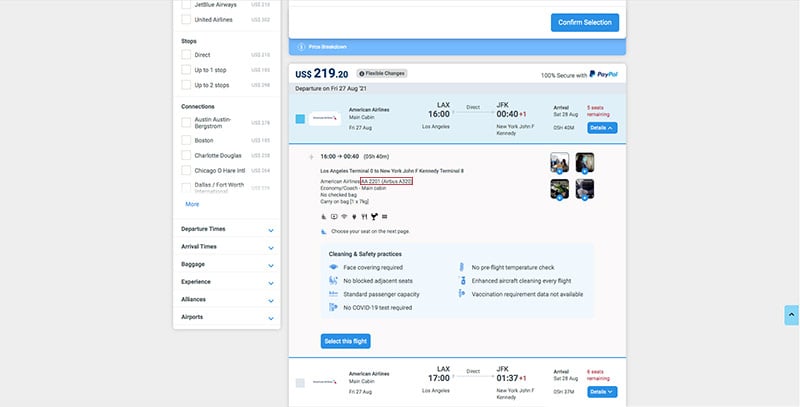