A Guide to Hindu Airline Meals

Find out information on Hindu airline meals, which airlines offer them and how close to your flight you can order them.

Take a look at all of the other religious meal types.

Take a look at all of the other special meal types. 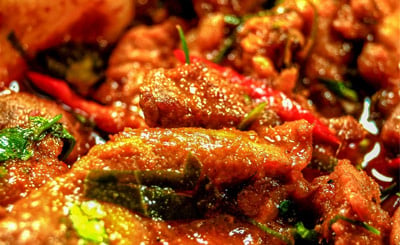 What is a Hindu Airline Meal?

A Hindu airline meal is a non-vegetarian meal type that is suitable for Hindu people. This meal type is available for Hindus who are not entirely vegetarian. The meal will often include some type of meat or fish, as well as dairy, but will never contain beef or pork. The meal is usually cooked with spices and in an Indian-style. The non-vegetarian Hindu meal should not be confused with the vegetarian Hindu meal, which is also known as an 'Asian vegetarian meal'. The Hindu meal falls under the 'religious meal' category with most airlines, whereas the Asian vegetarian meal will usually full under the vegetarian/vegan category. So, bare that in mind when pre-ordering your meal.

What is the Hindu Airline Meal Code?

To avoid confusion when ordering meal types, make sure you use the correct IATA airline meal code. The code for a non-vegetarian Hindu meal is HNML.

How do I order a Hindu Airline meal?

You can sometimes order a Hindu airline meal at the time of booking. If you select a Hindu airline meal as your preference at the time of booking, we'll put in a request with the airline. However, this is subject to availability. If you'd like to add a meal post-booking, either contact us or put in a real request directly on the airline's website.

On flights flying within or from India, some airlines will offer a Hindu meal as standard. However, it's always worth checking with the airline first.

Additionally, because Hindu meals are Indian-style, they're usually made with a great variety of spices, ensuring that they're full of flavour.

What is an example of a Hindu Airline Meal?

A Hindu airline meal consists of either chicken, lamb, fish, eggs and other dairy products, or a combination of any of these products. This will usually be served with a curry sauce and rice, a bread roll, salad, water and dessert. 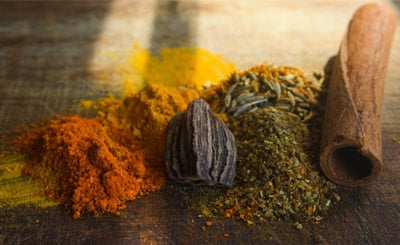 It's important to note that a Hindu airline meal (HNML) is a non-vegetarian meal. This is the best option for those that identify as Hindu and eat meat and meat products.

If you identify as Hindu and are vegetarian, the best option for you is to order an Asian vegetarian meal (AVML). Sometimes, this is referred to as an Indian Vegetarian Meal or a Hindu Vegetarian Meal, but you can always easily identify it by its airline meal code — AVML.

Take a look at our table which shows the airlines that offer Hindu meals and how long before your flight they're available to order.